Today (November 19) is the International Men’s Day and superstar Salman Khan has chosen to celebrate this day in a different style.

Salman’s next release “Dabangg 3” is slated to release next month and the “Sultan” of Bollywood narrated the definition of Dabangg in a tweet as per which D in Dabangg stands for Daring, A for Awesome, B for Badass, A for Aur, N for Nautankizz, G for Gazab Ka Gathbandhan.

The team of “Dabangg” has asked everyone to look around for those men who have these qualities and honor them as they are the real-life Dabanggs who should be respected and praised by the society. 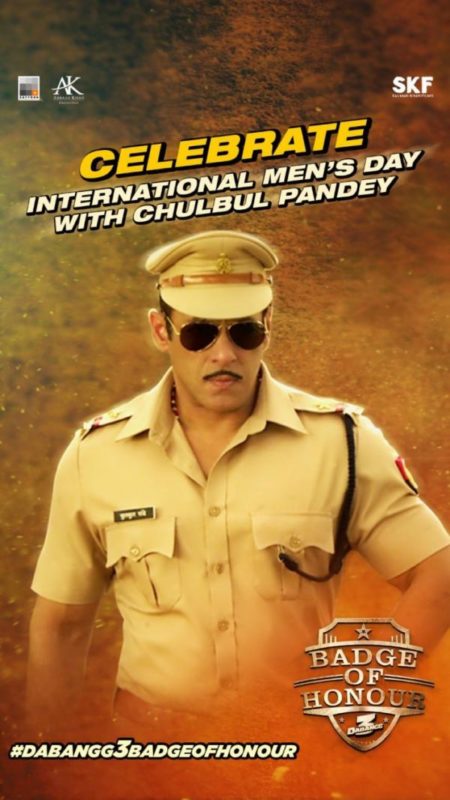 A contest has also been started by Chulbul Pandey in which he has asked the fans to find out the new signature step of Hud Hud song and the winners will get the chance of meeting Salman Khan.

“Dabangg 3” is the third installment of the “Dabangg” franchisee and the fans of Salman Khan are sure that this movie is also going to be a big hit just like the earlier two film. The flick is being directed by choreographer–director Prabhudeva and it will be releasing on 20th December.

The movie once again stars Sonakshi Sinha in the female lead role and Sai Manjrekar will also be seen playing an important role in the flick. Read Next about, Sandeep Maheshwari, Devoleena Bhattacharjee Wiki.