Manish Paul is a very famous actor in the film industry. Besides, he is a professional host too. He is very famous for his exploits in several Bollywood movies as well. Moreover, he is charming, has a handsome look and is a crush of thousands of females. However, there is sad news for all his female fans! Guess what? As of now, he ain’t single. Melancholic for all of you!

He is extremely versatile as an artist. He hosts several awards shows and functions. Also, he is a popular household name in every corner of the country. Moreover, he is very affectionate and humble towards everybody. This quality of him is loved by everyone! Also, he never fails to impress the fans too! Always, he stands aside for a click or two. Rarely does he refuse, unless he is in real haste. Moreover, he is quite introvert as opposed to the roles he has portrayed. Besides, this is the numero uno destination to know more about this superstar! So, don’t curb until you hit the bottom of the page! As you read further, you’ll surely know much more about him than you previously did! Happy reading folks!

Manish Paul was born on the 3rd of August in the year 1981. He is 39 years in age as of now. Also, he was born in the capital city of India, namely New Delhi. In the National Capital Territory or NCR, he spent his childhood in the famous suburb namely Malaviya Nagar. Ironically, in his debut film, Mickey Virus, he addresses Elli Avrram as Malaviya Nagar Ki James Bond. How sweet! Besides, he was born to a staunch Hindu family. However, we do not know much about his caste. Nevertheless, let us have a look at his family members.

Manish’s father is Jagmohan Paul. He is a renowned Chartered Accountant in New Delhi, NCR. Also, his mom is a highly regarded housewife as well. She cooks food, manages all the household chores and accomplishes routine outdoor work as well. Truly, mothers are such inspiration and hardworking! Moreover, Manish is the younger brother of Jyoti Paul and Vevek Paul. Manish credits his family for supporting him throughout the crests and troughs faced in everyday life. He is extremely grateful to each one of them. Also, read about Ashish Sonkar, Anisha Padukone.

Manish accomplished his primary, secondary and high schooling from the very famous Apeejay School. It is located in New Delhi, NCR. Also, he was not a scholar nor a backbencher in school. He used to do a bit of everything. Besides, his teachers would often complain about his mischievous behaviour. Nonetheless, Manish went on to pursue graduation. Afterwards, he pursued a Bachelor’s Degree from the highly regarded College of Vocational Studies located in Delhi. It is a part of the Delhi University campus. He accomplished a degree in the field of Tourism there. Popularly, it is known as a B.A. Degree in Tourism.

Right from a tender age, he never really zeroed in on a career in any mainstream field like engineering and commerce. Always, he wanted to do something different and follow his instincts. However, it reaped rich rewards for him. Also, his family must be credited for not pressurising him to pursue Engineering or similar stuff. Kudos to the Paul family! 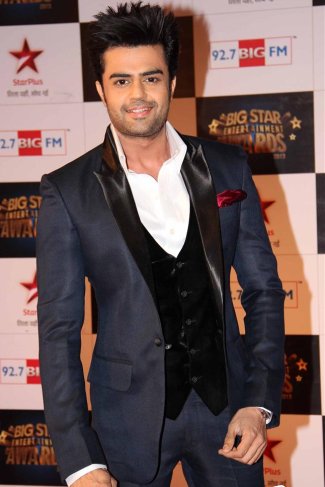 Additionally, Manish loves to play several outdoor sports. Some of those include Cricket, Football and Basketball. Also, he is a fitness freak and spends much time at the gym every day. Moreover, Manish is an ardent fan of practising the art of yoga on a regular basis.

Moreover, he loves to binge on several foods as well. Some of his most favourite ones include Italian cuisine, Punjabi cuisine and Indian cuisine as well. Also, specifically, he loves eating Chole Bhature, Pasta, Pizza and Punjabi Thali. He is an avid fan of globetrotting as well. He loves to globetrot to Interlaken in Switzerland for a sumptuous holiday. In India, Jaipur is his favourite go-to destination. Indeed, Pink City never disappoints its visitors!

Since early childhood, Manish aspired to become a successful person in the film industry. However, he never thought of making it so soon! After graduation, he shifted to Mumbai. There, he commenced a career in a radio station as an RJ. Later, his breakthrough came in the year 2002. On the famous TV channel namely Star Plus, he featured as a host. The show was called Sunday Tango. Later, he switched to a Video Jockey for the popular music channel Zee Music. Also, he aired on the popular dawn radio show titled Kasa Kai Mumbai. Later, he also featured in several daily soaps as well until 2008.

Also, he hosted several shows. The most popular ones include Ghar Ghar Mein, DID and Jhalak Dikhlaa Jaa. Thereafter, in the year 2013, he made his Bollywood debut. With the release of Mickey Virus, he forayed into the film industry. He received a lot of support and fame for his acting. Also, he portrayed several primary roles in movies such as Baa Baaa Black Sheep and others. He is a maestro at hosting several events such as Indian Idol 10. 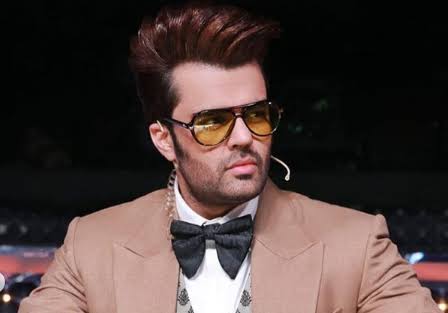 Manish tied the knots with Sanyukta after being in a relationship for over a decade! Also, they have two children namely Yuvann and Saisha.