Shloka Mehta is the daughter of the renowned diamantaire and Rosy Blue Diamonds’ CEO, Russel Mehta and her mother is Mona Mehta. She is a much-renowned businesswoman in India. Albeit she is the daughter of a much-reputed businessman, she remained low-key amongst the paparazzi until the news of her engagement with Akash Ambani, the eldest son of Mukesh Ambani broke out in 2018 on 24th March. She also has a brother and a sister, namely Viraj Mehta and Diya Mehta.

Shloka Mehta Ambani celebrates her birthday on 11th July and was born in the year 1990. She grew up in Mumbai since childhood. Also read about, Bandgi Kalra, Benafsha Soonawalla.

She studied throughout her school at the much famed Dhirubhai Ambani International School. Her grade 12 schooling completed and she moved to New Jersey, the USA. She pursued and completed her BS degree from Princeton University in the field of Anthropology. She pursued a Master’s degree in Law from the School of Economics and Political Science in London.

Shloka is an ardent animal lover and actively engages with umpteen number of NGOs. She is also the co-founder of ConnectFor which aids volunteers and workers who are seeking the help of other NGOs for working in certain fields of technology and innovations. She is quite active in Socially Useful Productive Work engaging with several NGOs. 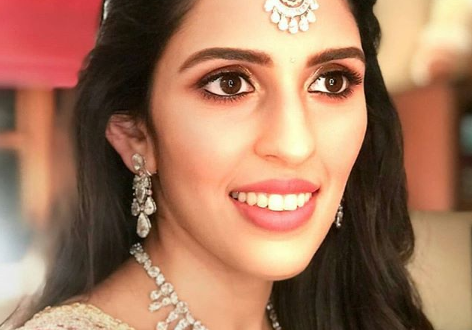 When she completed her education, she joined her father’s company Rosy Blue as one of the directors in 2014. She is a very renowned businesswoman in India. She has built a reputation in business expansion. As of 2k18, she has an estimated worth of $ 18 million or approximately Rs. 120 Crore.

Shloka Mehta and Mukesh Ambani’s eldest son Akash Ambani are childhood friends as they knew each other having studied together in Mumbai. The billionaire finally proposed her on 24th March 2018 after they finished schooling. Their engagement took place in Goa on 24th March 2018.

The duo tied the knots on 9th March 2019 at the famous Jio World Centre in Bandra Kurla Complex in Mumbai. 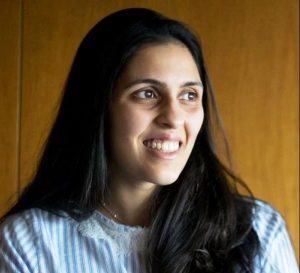 Some lesser-known facts about Shloka Mehta: