Ananya Panday is one of the most popular young actresses of Bollywood. Despite being just a movie old, she has garnered a huge fan following on social media networks and all credit goes to her chirpiness, beauty, fashion style and sense of humour.

Ananya Panday is from Bollywood background as her father Chunky Pandey (Suyash Pandey) is an actor and he has been in the movie industry for the last thirty years. Her mother’s name is Bhavna Pandey and Rysa Pandey is her younger sister. Also read about, Arti Singh, Sandeep Maheshwari.

Ananya and superstar Shah Rukh Khan’s daughter Suhana Khan are good friends and her cousins Alanna Panday and Ahaan Panday are counted among the most popular Internet celebrities.

Ananya has completed her school studies from Dhiru Bhai Ambani International School, Mumbai, and for her graduation, she went to University of Southern California, Los Angeles.

Ananya Panday was launched by Karan Johar’s Dharma Productions in “Student of the Year 2”. The flick performed average at the box-office but Ananya’s acting was appreciated by the audiences and critics both. “Student of the Year 2” which got released in May 2019 also starred Tiger Shroff and Tara Sutaria in lead roles.

Ananya’s next movie is “Pati Patni Aur Woh” in which she is working with Kartik Aaryan and Bhumi Pednekar. The flick which is being directed by Mudassar Aziz is going to release on 6 December 2019, and it is the remake of 1978 released film which also had the same title.

Ananya Panday has also become a favourite of popular brands and at present, she is endorsing a number of brands. She has also been featured on the cover of many leading magazines.

There are rumours that Ananya is in a relationship with Karan Jaising, son of leading fashion designer, Monisha Jaising and Ravi Jaising. 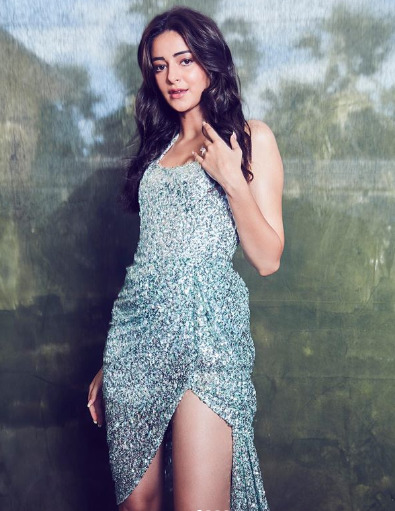 However, Ananya’s name is also getting linked with her “Pati Patni Aur Woh” co-star Kartik Aaryan as they have been seen together on many occasions. Kartik was in a relationship with Sara Ali Khan but some time ago, they parted ways.

Recently, Ananya won the “Next Gen star of the year” award at Grazia Millennial Awards.

Ananya has a huge fan following on her Instagram account as she has more than 5.8 million followers on the photo-sharing site. 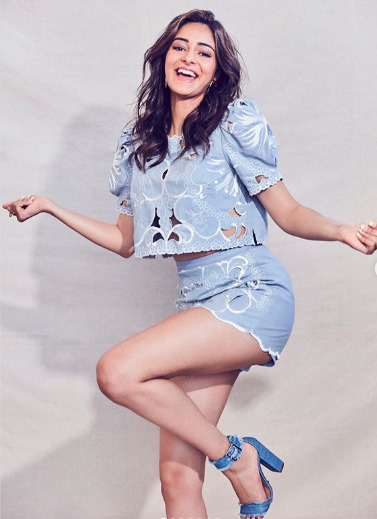