Kajol who is among the most successful actresses of Bollywood was asked a tough question which was related to marrying Shah Rukh Khan rather than Ajay Devgn. As she has worked with King of Romance in many superhit romantic movies, many people might wish to know this and we must say that Kajol had an awesome response.

Recently, Kajol did a Q&A session with her fans on Instagram and tried to answer every question that was asked to her. Many questions were put up by fans but one question stood out from the others as it was related to her husband Ajay Devgn and her co-star of numerous hit movies as well as good friend Shah Rukh Khan. Also read about, Sandeep Maheshwari Wiki, bbbb.

A fan asked Kajol whether she would have got married to SRK if she did not meet the “Ishq” star Ajay Devgn. The fan also made it compulsory for the actress to answer the question by writing that she said she would answer anything and everything. In her reply, Kajol asked whether the man is not supposed to propose for this. 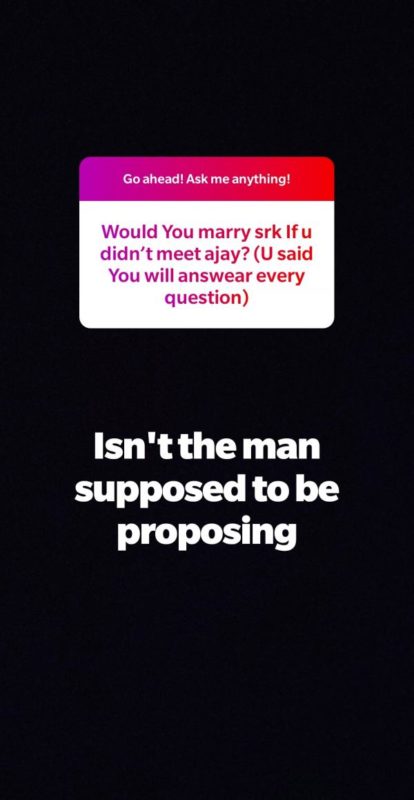 The pair of Kajol and Shah Rukh is one of the most loved and successful pairs of the Hindi film industry as they have given a number of blockbuster movies together, such as “Baazigar”, “Dilwale Dulhania Le Jaayenge”, “Kuch Kuch Hota hai” and many more. When she was asked when she is going to work again with Shah Rukh, she asked the fan to ask SRK for this answer. 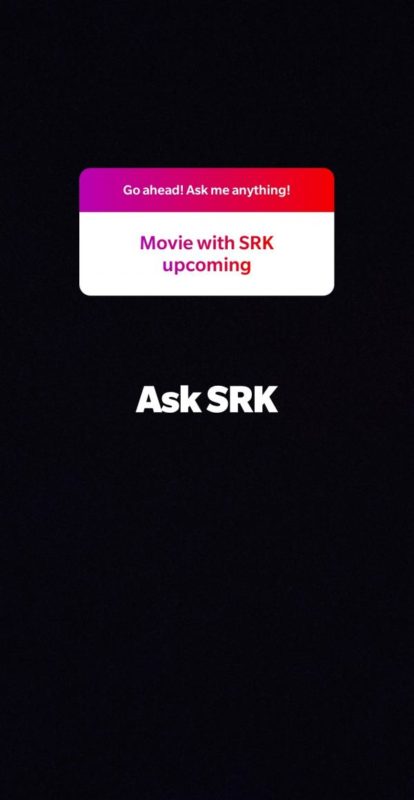 Another fan asked whom she finds a better co-actor – Shah Rukh Khan or Ajay Devgn and in her response, Kajol said that it depends on the situation. 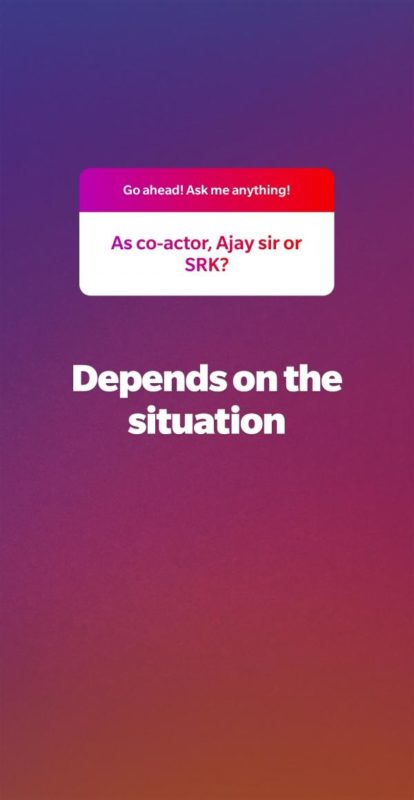 Kajol once again proved her wittiness, what do you say?