Akshay Kumar shared the first glimpse of his and Nupur Sanon’s super romantic video ‘Filhall’, this is Nupur Sanon’s debut in the showbiz.

Akshay is seen looking lovingly and longingly at Nupur as her eyes are gazing down. Akshay can be seen in a black kurta supporting an earring and Nupur in a red suit with a Phulwari dupatta. We, however, can’t help but compare the poster of the song to 2007 romantic drama ‘Namastey London’ starring Akshay Kumar and Katrina Kaif. Don’t you think the similarity is obvious?

And we aren’t the only ones who feel this way! Akshay Kumar who is presently shooting for ‘Sooryavanshi’ with none other than Katrina Kaif himself tweeted this adorable video of himself and Katrina, giving us a major throwback! 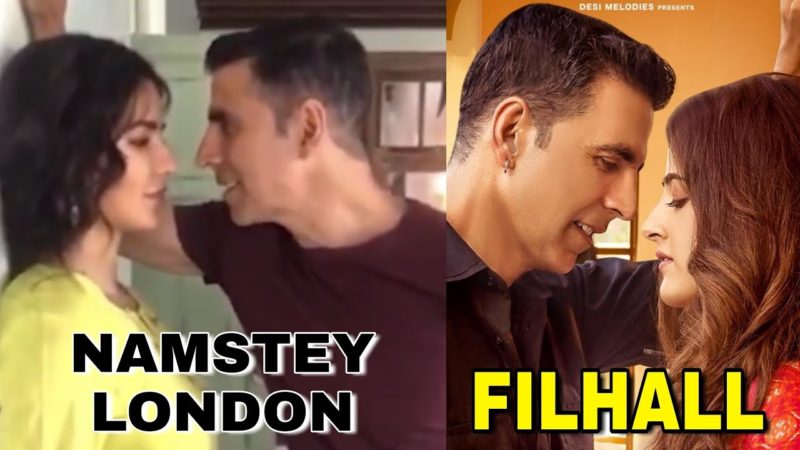 Akshay Kumar took to his Instagram and shared a lovely post about the release of Filhall, which is written by Jaani B Praak and directed by Arvindr Khaira and also features the sensational Punjabi singer Ammy Virk.

We sure hope it does Akki! The full track releases on 9th November but you can head out to youtube.com and check out the melodious snippet of the track which already has 3.4 million views!

Been reading all your comments on the #FilhallTeaser and so many of you said it reminded you’ll of Namastey London. Coincidentally, I was shooting with our very own Jazz aka Katrina Kaif today for #Sooryavanshi and we have a little surprise for you all 🎁 pic.twitter.com/o8bek0q142