Paras Chhabra is a known face of the TV industry. Initially, he came into limelight after participating in MTV Splitisvila in 2012 and 2015. Later, he made headlines as the participant of the most controversial reality shows Bigg Boss. Not many of his fans know that Paras started his career as a model and then entered into TV. Scroll below and read more about his early life and career.

Born on 11 July 1990 in Delhi, Paras Chhabra completed his schooling from Ryan International School and college from an open university. He started his career as a model but gained fame in 2012 after he came in MTV Splitsvilla season 5. After graduating, he started a health club chain.

Do you know Paras also played as a lead in Braj Bhushan’s directorial M3 – Midsummer Midnight Mumbai in 2014? The film didn’t receive great reviews from the audience. He was featured along with Sara Khan and Pooja Thakur.

Paras have done several commercials for big brands like Raymond, Pantaloons, Monte Carlo, Mufti, Lakme, and more. 2016, he entered Splitsvilla 8 as a celebrity contestant. He is featured in many TV serials like Kaleerein, Adhuri Kahaani Hamari, Aarambh: Kahaani Devsena Ki, and more. But gain recognition when he played the role of Raavan in Vighnaharta Ganesh. Also, he made appearances in Punjabi songs like Jaan Lain Tak and Beggi-The Queen.

In 2013, he participated in reality dance show Nach Baliye alongside Sara Khan. After the couple broke, she slammed him in public for using her name. He is a part-time fashion photographer and gym freak. 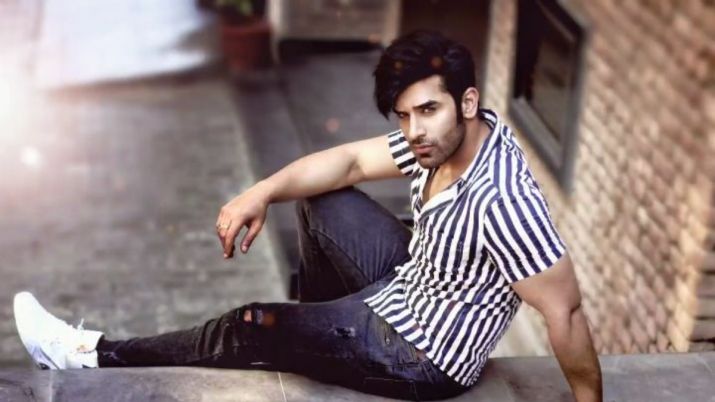 Model Paras Chhabra is currently in a relationship with Akanksha Puri. The two met on the sets of Splitsvilla and won the show. Since then, the couple is growing strong and could marry the next year. Paras and Akansha got inked their names on their wrist. The two are setting relationship goals for everyone, and we hope this relation blossoms into marriage soon.

Earlier, his name was linked with several TV actresses. He was in a relationship with Sara Khan, but the two quit in 2015. Then, he was rumored to be in a relationship with actress Pavitra Punia. Unfortunately, they quit. He has over 381k followers on Instagram. Currently, he is the participant of Bigg Boss 13 and is giving a tough competition to other contestants.

We will be right back with another exciting news. Till they, you guys stay tuned to areporterlive.com and know what your favorite celebs are up to.