Virat Kohli is the present Indian Cricket team captain and a well-known cricketer worldwide. Popularly known as the run machine, he has scored more than 12,000 runs in ODI matches and broken several world records. In international cricket, he is called King Kohli. Usually, he bats on first down in the Indian cricket team. Kohli is known to break several batting records in international cricket. 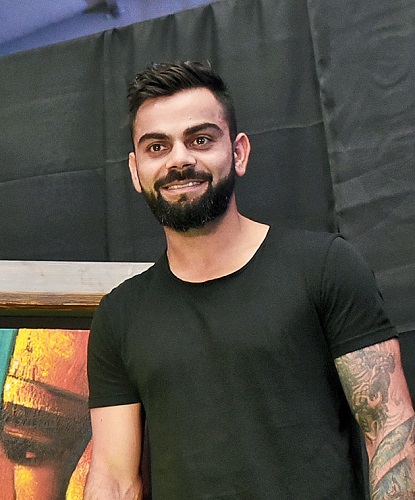 He plays for RCB in Indian Premier League and has been their captain since 2013. Unfortunately, he hasn’t won the IPL trophy yet. Nevertheless, there were rumours that IPL matches were fixed. In 2013, Delhi police arrested 6 cricketers including Sreesanth for on-spot fixing charges. This made online cricket betting more popular among users as physical betting is banned in India. Although after serving life ban from cricket, Sreesanth’s ban was reduced to 7 years and he is allowed to play cricket from 13 Sep 2020.

Born on 5th November 1988, Virat Kohli is 32 years old. He has been playing for the Indian Cricket team for the last 10 years. Kohli completed his schooling from Vishal Bharti Public School, Delhi, and did his higher studies from Savior Convent Senior Secondary School, Paschim Vihar, Delhi.

He has been fascinated by cricket since his childhood. So, as he grew up, he decided to turn his passion into his career.

Kohli is 5 ft. 9 inches tall and weighs about 70 kg. He has black hair and dark brown eyes that add to his dashing personality. He is known to maintain his fitness by doing regular workout and follows a strict diet.

Family and Caste of Virat Kohli

The popular Indian cricketer belongs to a middle-class Hindu family. He has his base in Delhi and belongs to the Khatri caste.

His father Late Prem Kohli had been a criminal lawyer. However, his mother, Saroj Kohli is a homemaker. Kohli has 2 siblings and he is the youngest of the 3. He has a brother Vikas Kohli and a sister Bhawna Kohli. His family is known to have been very supportive.

On 11th December 2017, Virat Kohli got married to Anushka Sharma, the popular Bollywood actress in Tuscany Italy. He had been dating her for a long time. On 11th January 2021, they were blessed with a baby girl whom the later named, Vamika.

According to the media reports, prior to dating Anushka, he had been in a relationship with Sarah-Jane Dias, Sanjana, and Tamannah Bhatia. All of them are bollywood actresses.

It was in 2006 that Kohli was chosen for the national Under-19 team on its tour to England. He scored 105 in 3-matches in the ODI-series against England. Fortunately for him, the India Under-19 team won both the ODI and Test series during the tour.

Kohli made his debut for Delhi in November 2006 against Tamil Nadu at the age of 18. He came into the limelight when decided to play against Karnataka on the day following his father’s death and scored 90. After he was dismissed, he went directly to the funeral. 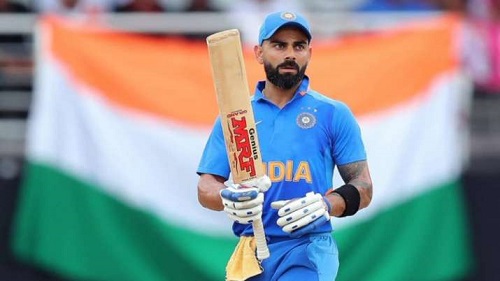 In 2008, he captained the Victorious team at ICC Under-19 Cricket World Cup, 2008 held in Malaysia. After his Under-19 venture, he was bought by Royal Challengers Bengaluru in the Indian Premier League Franchise. In 2008, he was included in the 30-man probable squad of India for ICC Champions Trophy that was to take place in Pakistan.

It was in August 2008 that he was made a part of the India ODI squad for the Sri Lanka tour. In 2010, Kohli served as the vice-captain for the team and Suresh Raina had been the captain in the tri-series against Zimbabwe and Sri Lanka. He was the leading run-scorer in the 2011 January’s ODI Series of South African tour.

In 2014, he was appointed as the captain of all formats for the Indian Cricket team. Since then he has been the captain of the team for 49 ODI matches out of which India has won 39 matches. In fact, he is the captain under whom the national team has won 5 test series, consecutively and 9 test series in a year.