Reporter Live
Home Entertainment The Heartfelt Wishes by Priyanka and Nick Jonas on Their First Wedding...

An adorable couple of the tinsel town Priyanka Chopra and Nick Jonas, or PriNick as fans love them to say, celebrated their first wedding anniversary on 1st December. This beautiful couple is famous for sharing their lovey-dovey moments on social media, and once again they have impressed us by sharing the affectionate messages for each other. 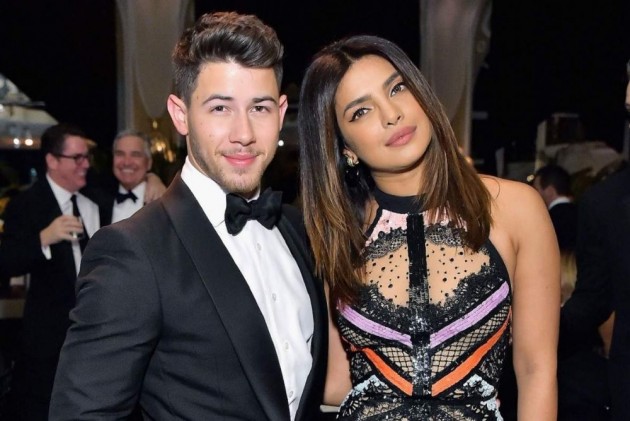 The two met through a common friend and then exchanged the numbers. The two attended the MET Gala together and eventually fallen in love. They dated for a little while but knew they have met their love. The couple is busy in their work but never forgets to spend quality time together. They inspire everyone to manage work-life together.

My promise. Then..today.. forever. You bring me joy, grace, balance, excitement, passion.. all in the same moment…thank you for finding me..Happy First wedding anniversary Husband.. @nickjonas ❤️💋 And Thank you to everyone for the love and good wishes. We feel blessed.

Nick Jonas also shared the pic from their wedding and his wish for Priyanka is extremely adorable.

One year ago today we said forever… well forever isn’t nearly long enough. I love you with all of my heart @priyankachopra happy anniversary.

Besides this, Priyanka’s brother Siddharth also shared a beautiful pic of them and wished them anniversary.

One year’s come n gone so quickly n so smoothly.. wish you guys a v v happy anniversary and many more moments to be made in this wonderful journey together. I love u both and wish you infinite happiness. Happy Anniversary @priyankachopra & @nickjonas. Much love to u both❤️❤️

The two tied the knot on 1st December 2018 at Umaid Bhawan Palace in Jodhpur and later hosted a reception for family and friends in Mumbai and Delhi. Aww! We have fallen in love with them again. Don’t you think they are the cutest couple in B-town?